Guests invited have been sent details on how they can purchase Aso-Ebi for the day and access cards will be given for entrance into the private event. However, it is strictly by invitation. 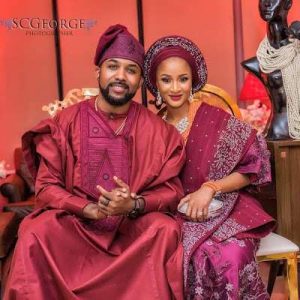 Recall that a few months ago, the R & B singer announced his engagement to his ‘Wedding Party’ bride, Etomi on his Instagram.

Don’t miss Adesua Etomi may dump Nollywood to join Banky W in music, her voice is golden in this video [WATCH]

In two lengthy posts, he revealed when they started dating and when he proposed to her. Read HERE for full gist.

Following their engagement, Banky W and Etomi’s introduction ceremony held Saturday, 6th May 2017. The ceremony was a little one but of course Banky’s pals – Ebuka Obi-Uchendu and Captain Tunde Demuren and few others were in attendance as well as pregnant OAP Toolz.

With this ceremony and the official launch of their wedding hashtag #BAAD2017, no doubt, the couple began the first step of what can predict will be the finest wedding of the year 2017.

Congratulations to Banky and Susu once again and we do hope and pray they keep their marital affairs off social media. Celebrity couple goals! 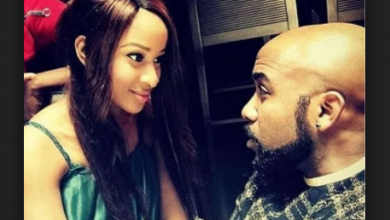